Calvados. The drink of the heroes of Remarque and Hemingway

The history of Calvados is mysterious and full of interesting details. The drink, known since 1553, finally acquired its name in the middle of the 19th century. It is believed to come from Calvados - the name of one of the departments of Lower Normandy. However, where the name of this very department came from is still a matter of discussion. According to one version, Calvados is a slightly changed name of the Spanish galleon “El Salvador” (the Savior) that once crashed near the coast of that department.  The second version refers to a dull sandy shore devoid of vegetation. On old maps, this section of the Norman coast was designated by the toponym “calva dorsa” (bald shore).

Regardless of which of these variants of the department’s name origin is closer to the truth, it is worth noting that apples have always been available in Calvados. Whoever lived here, their house was always surrounded by apple and pear orchards. Even the descendants of the Vikings, who settled on these lands in the 10th century, grew apples. However, they simply had no other way, since barley does not grow very well in Calvados, and common beer cannot be prepared in sufficient quantities. There are apples and pears, still.

In general, cider was produced in greater amounts than beer in the area. There was not just a lot of cider, but A LOT. Therefore, as soon as the idea of ​​distillation came there, experiments on the processing of cider began. It is not surprising, as the local climate in winter tempts to have a glass of something strong and warming, and cider cannot be stored for very long. In 1553, a local nobleman, Gilles Pico de Gubertville mentioned in his diary that he began distilling cider at his estate to obtain a certain “Water of Life from apples”. It is this record that is considered the first written mention of the Calvados drink.

About forty years later, around 1600, an apple brandy corporation emerged among local landowners . In 1741, at the suggestion of Chancellor Henri François de'Eguisson, a rescript was adopted to regulate production, duties and privileges of the Norman producers of the original strong alcoholic beverage based on apple cider. However, this rescript did not change people's attitude to apple brandy - it continued to be considered a gross peasant drink.

The production was gradually improved, long maturing came into use, and the name “Calvados” definitely stuck to the drink, but the fame of Calvados did not spread beyond the French borders. This status quo changed only after the end of the First World War when demobilized British and American soldiers who went home took Calvados with them from France. Thus, this drink started its gradual invasion into the big world. 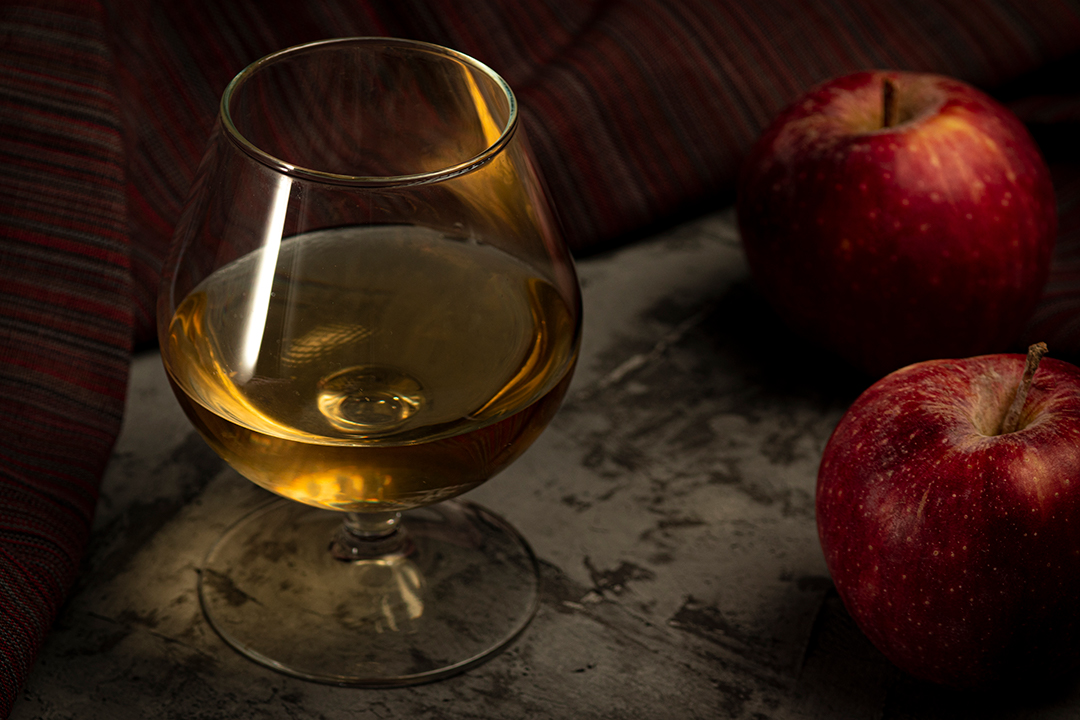 The Second World War opened the next page in the history of Calvados. In 1941, an order was issued to seize strong alcohol for the needs of the army - they tried to use apple brandy as fuel. But Calvados was poor fuel substitute due to too many impurities, and in 1942 it was left alone.

Despite the fact that the minimum aging period for Calvados is two to three years, depending on the region, the aging of elite Calvados can reach 40–45 years. A longer period is usually not used, since alcohols are believe to lose their specific apple aroma and slightly sweetish taste. Usually, as in the case of cognac, the producers of Calvados make blends, which recipes are the secret and pride of each House. The region is indicated on the label of such a product, but there may not be an indication of age.

If reading this article made you wishing to bring back the forgotten taste of Calvados or even try it for the first time, come to Trinity Irish Bar Vienna where our bartenders will gladly offer you this wonderful drink,