From brewers to earls. The history of the legendary Guinness brand 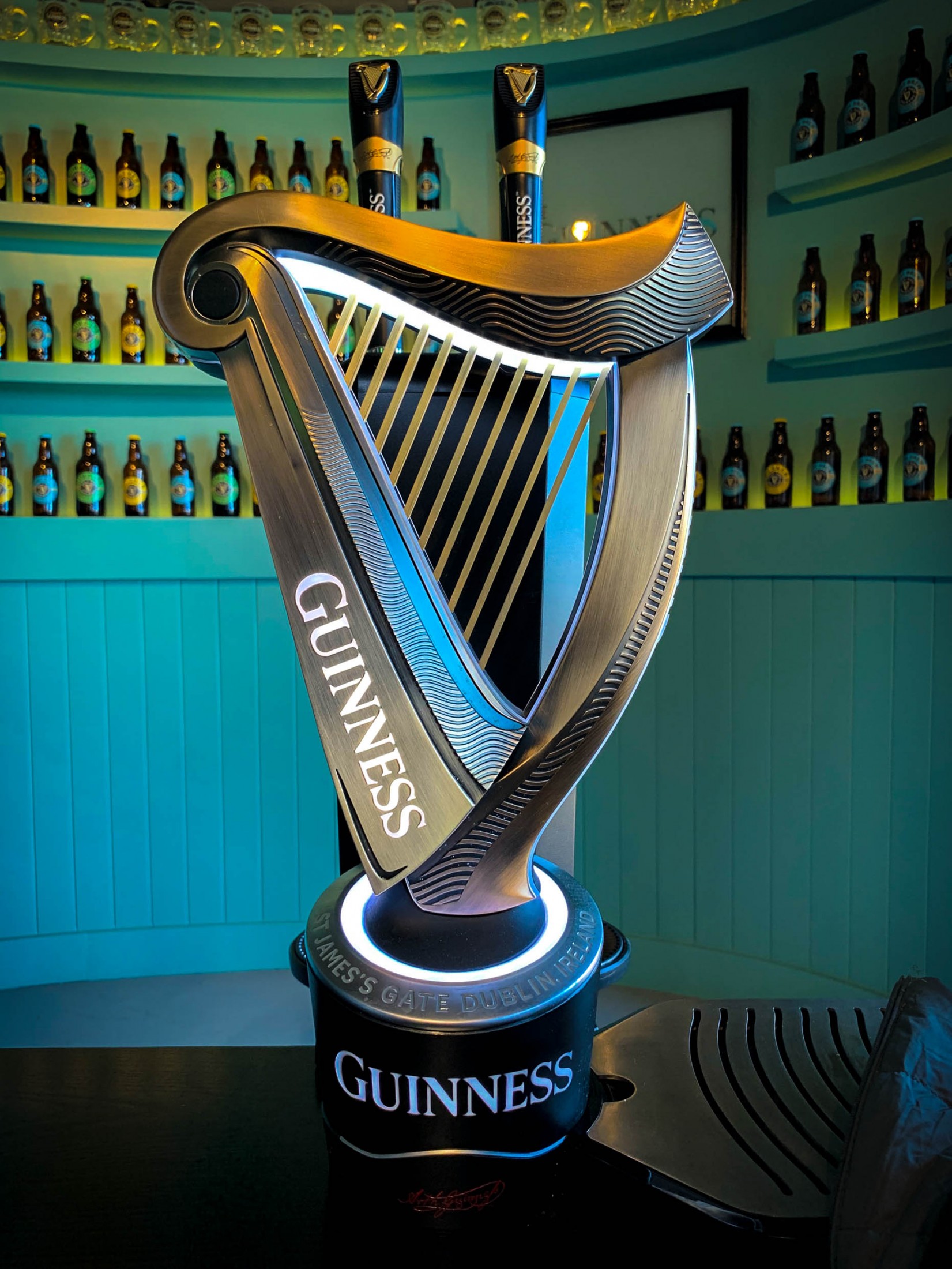 Guinness is the most famous and consumed Irish beer, which has become a true legend and, along the way, the most popular brand in Ireland.

There is hardly anyone among our readers who has never heard of Guinness. The history of this legendary Irish brand is another matter. Alas, not every beer lover knows it. We will now try to correct this fact and increase the number of those who know the story.

It is customary to start the history of Guinness from 1759, but we will do it differently and rewind the time to 1725. Why? Because it was this year in the Irish County of Kildare when Arthur Guinness Sr. was born. The one who later became an entrepreneur, a philanthropist and - most importantly! - a brewer and the founder of a great brand.

Dr. Price (archbishop, the godfather of Arthur Guinness, as well as the employer of his and his father) played an important role in the fate of Arthur. It was at the Carberry's brewery bought by Price in 1722, where the schoolboy Arthur Guinness brewed his first beer. Today, there is a glorious gastropub The Village Inn on the site of that very brewery in the village of Celbridge, and in the middle of the city, there is a monument to Arthur Guinness.

When Dr. Price died, Arthur Guinness received a hundred pounds according to the archbishop ‘s will. Arthur's father got the same amount. The acquired capital was used effectively – with this money Arthur Guinness rented a small brewery in Leixlip in 1756, where he began to brew ale.

Small Leixlip clearly did not fir for the ambitious plans of Arthur Guinness Senior. A few years later, the brewer moved to the capital of Ireland, Dublin, where he immediately opened the St. James's Gate Brewery. Actually, this is how the history of the Guinness company began. The enterprise foundation date is considered to be December 31, 1759. It was on this memorable day that the signing of the lease agreement between Arthur Guinness and the Mayor of Dublin took place. This agreement transferring the land, which the brewery was located on, to Arthur's use for 9000 years entered the world’s history. The rent was not cheap –£45 a year –but it was worth it.

Having laid the foundation of his business, and at the same time of the great brand, Arthur Guinness Sr. is noted for several more important achievements in addition to signing an unprecedented agreement. 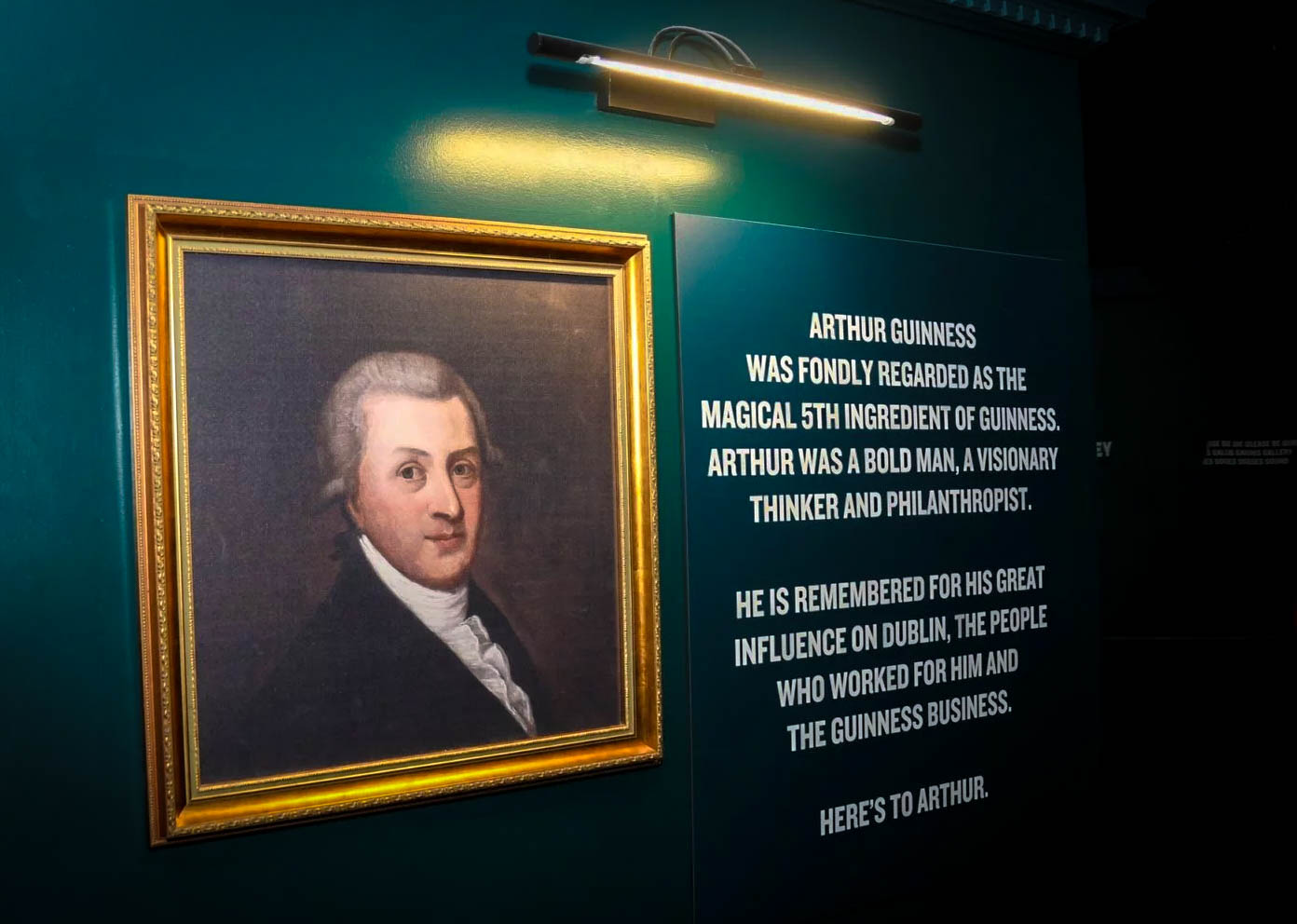 Firstly, he turned out to be an extremely talented brewer and personally worked on the beer recipes. It was Arthur's porter recipes that later evolved into the modern Guinness Draft and Guinness Foreign Extra Stout. Several years ago, Guinness Sr.'s recipe books took on new life. Using the information contained in them, the modern brewers of the company brewed two porters which appeared on the market as West-Indies Porter and Dublin Porter.

Speaking of porters. It was porter that became the signature product of St. James's Gate Brewery at the first stage of the Guinness history.

Secondly, getting an heir in Arthur's time was an extremely important matter. Arthur's wife Olivia gave birth to 21 children, 10 of which survived to adulthood, and the eldest, Arthur Guinness the Second, became a worthy successor to his father.

Arthur Guinness Sr. died on January 23, 1803. He was buried near Сelbridge in the cemetery of  Oughterard village. Do you remember the amount of capital Arthur started his business with? So, having passed away, the founder of the Guinness company left his wife and children as much as 25 thousand pounds–a very good fortune.

Arthur Guinness Jr., who took after his father at the helm of the company, successfully developed the business till 1855. In just over 50 years, he increased the company’s beer production more than tenfold, making Guinness one of the largest, if not the largest brewery in the British Isles. At the same time, Arthur Guinness Jr. brilliantly performed not only in the field of family business, but also made a significant contribution to the development of the economy of his country. For example, Arthur was a member of the board of directors of the Bank of Ireland in 1804-1847, and in 1820-1822 he became its general manager. In addition, Arthur Guinness Jr. was a Chairman of the Dublin Chamber of Commerce, as well as a member of the Dublin Corporation, the Dublin Brewers Guild and finally the Royal Dublin Society.

Arthur Guinness Jr. was succeeded by his third son Benjamin Lee Guinness, who honorably continued the work of his predecessors, becoming the richest and the most influential businessman in Ireland of his time. In the 13 years that Benjamin Lee ran the company, Guinness increased its sales by more than 2.5 times, although it would seem to have reached its limit!

Like his grandfather and father, Benjamin Lee was also a philanthropist. Moreover, the third head of the Guinness company managed to pretty much surpass his ancestors on this path by spending over 150 thousand pounds on the restoration of Dublin's St. Patrick's Cathedral. Not surprisingly, the courtyard is now decorated with a statue of Benjamin Lee.

In 1851, the heir to the two Arthurs was elected to the honorary post of Lord Mayor of Dublin.

In 1862, based on the legend of the harp of the High King of Ireland, Brian Boru, the Guinness company made this musical instrument its registered trademark. In other words, the Irish harp became the official symbol of the Guinness brand several decades before it was approved as the official symbol of the state of Ireland! By the way, the state had to mirror the harp since the trademark had already been registered.

In 1867, Benjamin Lee received the title of Baronet for his services to the Crown. The following year Arthur Guinness Jr.'s son passed away and by that time his fortune was already estimated at £1.1 million–an absolutely fantastic amount for Ireland. 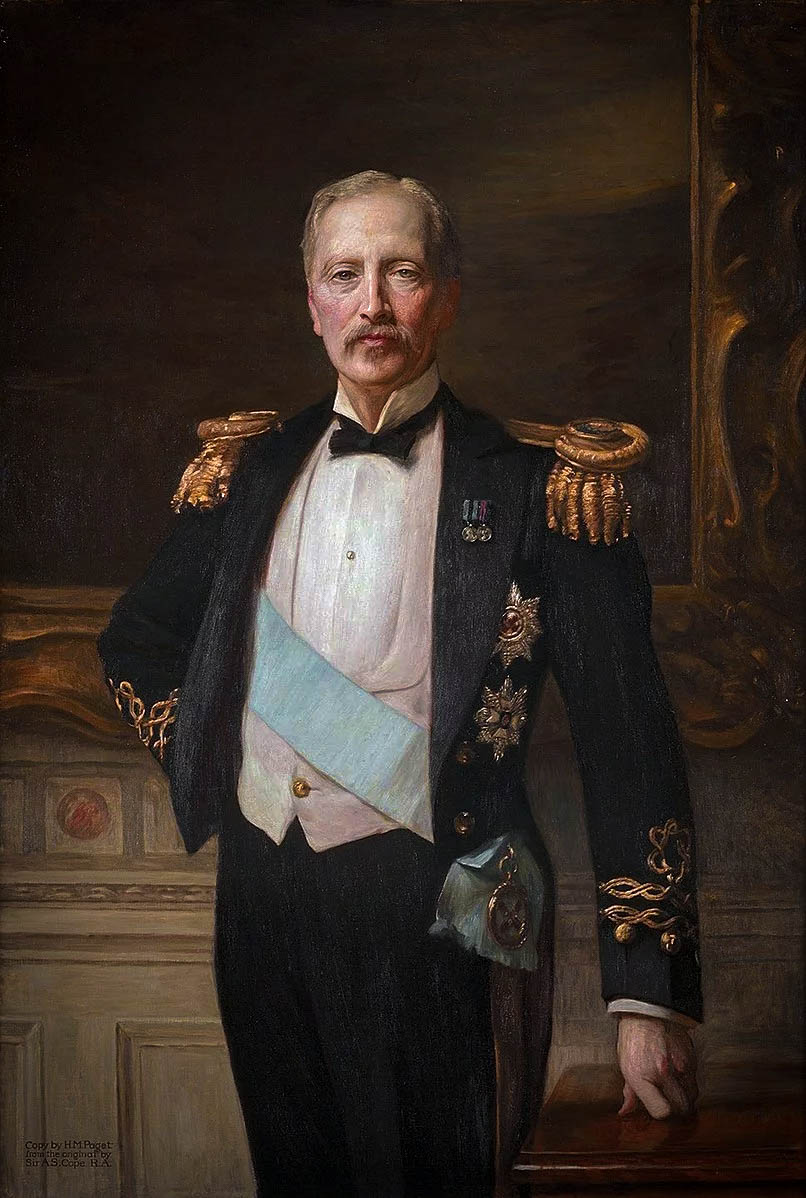 In addition to his concerns about expanding the beer production, Edward Cecil was tireless in patronage and charity. For example, he donated a million pounds to improve urban housing, created the Guinness Trust charity fund, donated 250 thousand pounds to the Lister Institute of Preventive Medicine, and in 1907 funded Ernest Henry Shackleton's first Antarctic expedition.

When the Easter Rising broke out in Dublin in 1916, Edward Cecil, who did not share the beliefs of the Irish Republicans, sided with the British. It was with his approval that the brewery handed over its fleet of vehicles to the British military, which allowed the latter to convert part of the Guinness trucks into ... armored beer-cars.

The new manager of the company in 1927 was the eldest son of the first Earl of Ivy, Rupert Edward Cecil Lee Guinness, the second Earl of Ivy, a businessman, a politician, an excellent rower and, of course, a philanthropist. It was under his management when the Guinness company opened its first brewery in London, the first African Guinness brewery and started advertisement campaigns. On the other hand, the decline of the dynasty also began under the second Earl of Ivy–the Guinness family gradually began to move away from the real management of the company. The last of the Guinness’ family members to be the Chairman of the Board of directors in 1967 was the third Earl of Ivy - Arthur Francis Benjamin Guinness, the grandson of Rupert Edward Cecil Lee Guinness.

Note that the first half of the 20th century turned into a continuous crisis for Ireland. Two world wars, the War of Independence, the Civil War, the loss of the British market due to the acquisition of Independence by the Emerald Island, the loss of the American market due to the Prohibition... Compared to the prosperity of the 19th century, the first half of a new century turned out to be a disaster for Irish alcohol producers. A struggle for survival. In such challenging circumstances, Guinness was able to stay afloat as well as develop its previous achievements through technical innovations, acquisitions, mergers and advertising.

Speaking about the company's technical discoveries, it should be noted that in 1959 draft beer based on a mixture of nitrogen and carbon dioxide appeared. It is this gas mixture that provides the long-lasting creamy head and beautiful avalanche effect which the Guinness Draft stout is famous for. 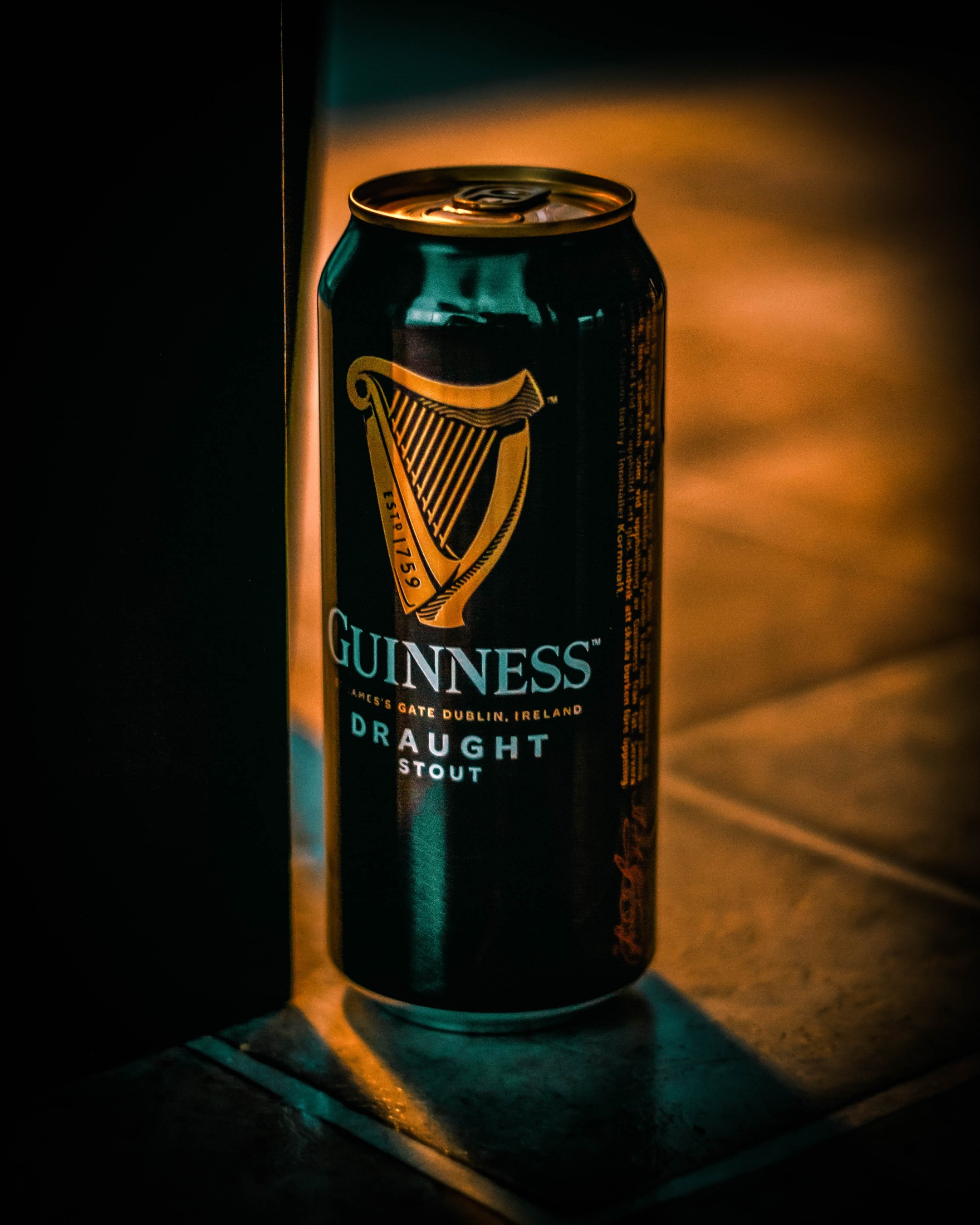 The second innovation was revealed to the world in the late 1980s. It was so significant that it earned Guinness the British Royal Award for Technological Inventions, and later was named the “greatest invention in 40 years” among the public. We are talking about a widget, also known as a “nitrogen capsule,” which is immersed in a can of Guinness Draft so that the same persistent creamy foam and a beautiful avalanche effect can be obtained not only in a pub, but also when buying canned Guinness.

When it comes to acquisitions and mergers, here are two major milestones:

The first is 1986 when Arthur Guinness' Son & Co. purchased Distillers Company Limited, the major producer of Scotch whiskey and one of the largest producers of spirits in the world.

The second was in 1997 – the merger of Guinness Brewery and Grand Metropolitan which led in 1998 to the appearance of Diageo, the largest alcohol-producing company in the world which owns the Guinness brand to this day.