Jameson Whiskey. The story of the great brand 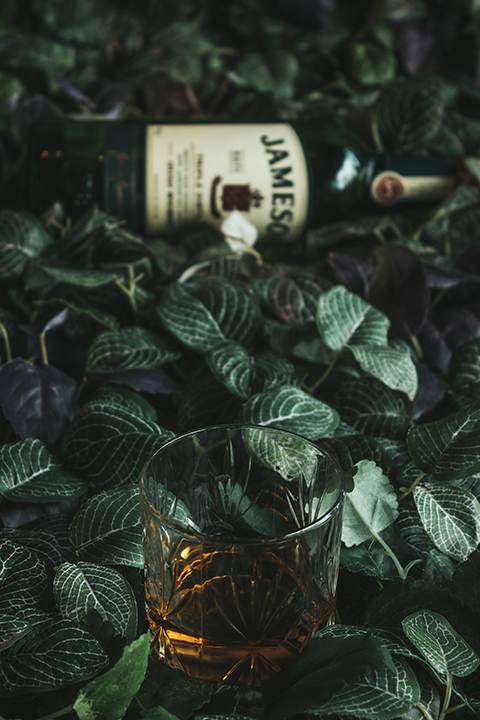 Jameson is definitely the number 1 Irish whiskey brand. It is in constant demand both in shops and, of course, in Irish pubs, since b a glorious centuries-long history stands behind this great brand. Let's get to know it better, because it is good to drink Jameson, but at the same time being aware of the nobility of its pedigree is even better!

Dynasties: the Haigs, the Steins, the Jamesons

History of Jameson whiskey, as one can guess, begins with the name of its founding father - John Jameson. He was not a random person in the world of whiskey, but first things first.

John Jameson was born in 1740 in central Scotland. To be more precise, in the town of Alloa. In general, the founder of the future famous brand of Irish whiskey turned out to be a Scot - you must admit, it looks quite funny.

John became a lawyer and, as they say, there was no sign of trouble. But further events radically changed the life of the legal expert. John married Margaret Haig, and the Haigs, in a sense, were the main family in the history of Scotch whiskey.

The newlyweds moved to Dublin to launch a new Steins distillery on Bow Street in 1780. In 1810, John bought the distillery from his wife's cousins, and founded his own company, John Jameson&Son. 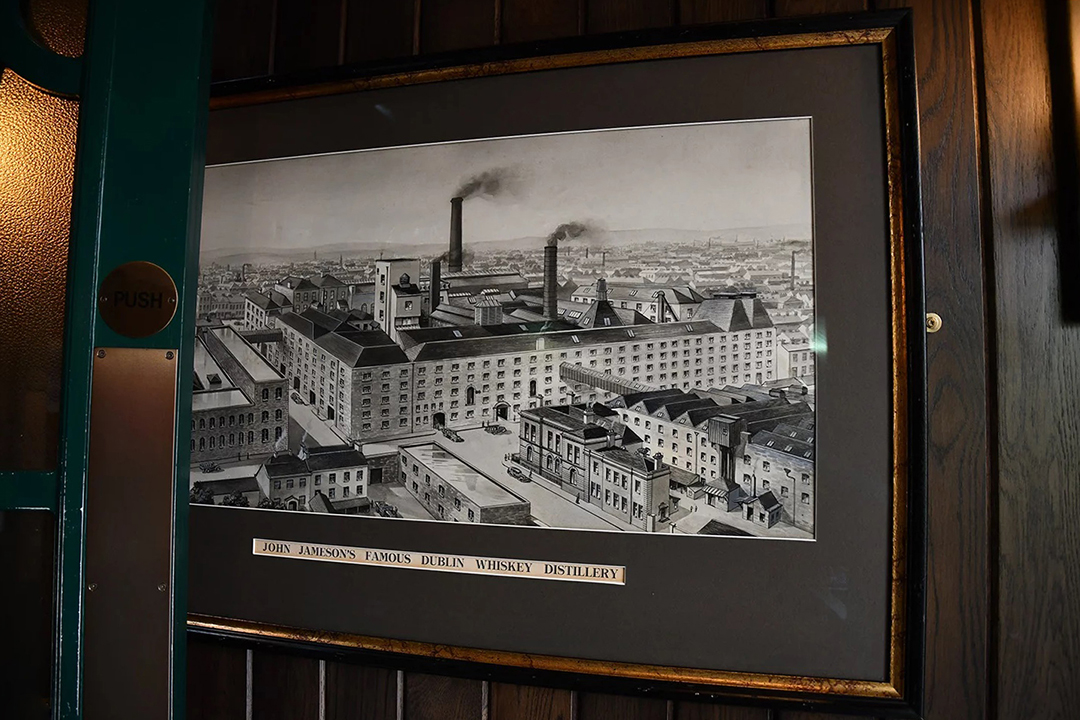 The mid-19th century was a “golden age” for Irish alcoholic beverages in general and Irish whiskey in particular. The latter became the most exported strong alcoholic beverage in the world, significantly outstripping whisky from Scotland in popularity.

Here is a list of the leaders in the Irish whiskey market given with the data on their production capacity from Barnard's 1887 book:

George Roe&Co. – Thomas Street Distillery - 2,000,000 gallons (the largest distillery, which situated opposite the Guinness brewery. The Guinness and the Roe families were in conflict. Today, the brand is being recreated by DIAGEO, which built a new distillery on the site of the brewery's power plant a few meters from the location of the old distillery). 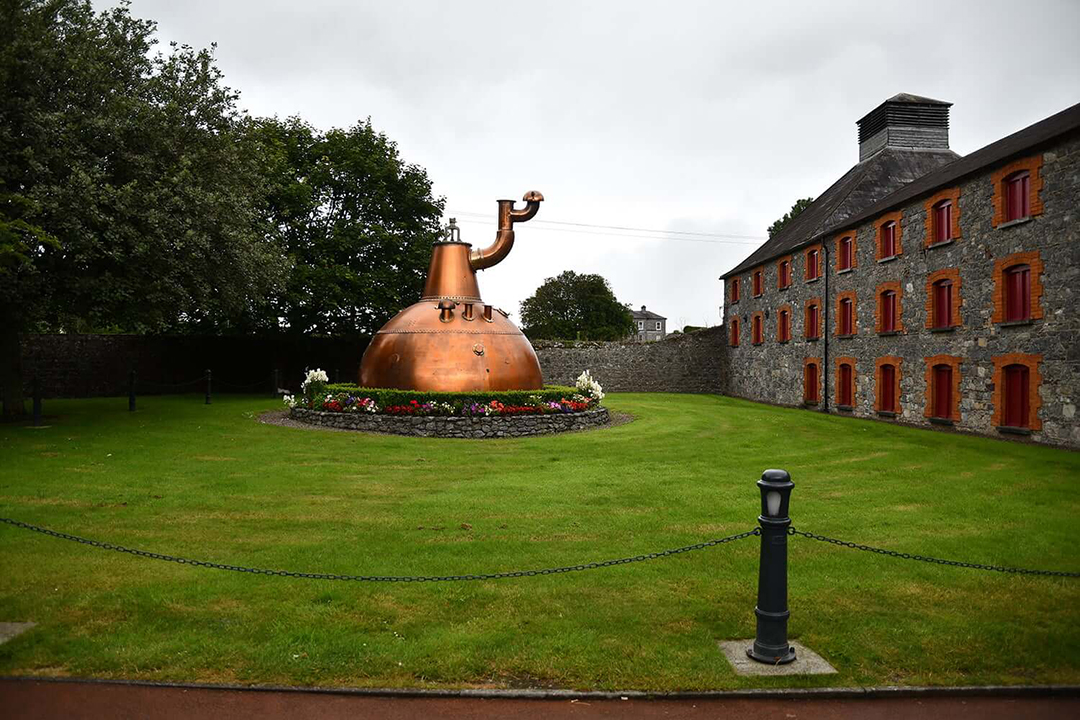 Sir John Power & Son - John’s Lane - 900,000 gallons (the famous distillery, whose product claims to be the main whiskey of Ireland in the 20th century. It was from the whiskey of this manufacturer that the first Irish Coffee cocktail was made. Nowadays the building of once prosperous and now closed distillery houses the National College of Art and Design).

William Jameson & Co . - Marrowbone Lane Distillery - 900,000 gallons (the distillery was founded by John Stein and two sons of John Jameson - William and James. Later the company completely passed into the ownership of the Jameson family). Some sources claim that at some point, the Jameson family exported more whiskey than anyone else in the world.

The First World War, the Prohibition in the USA, the War of Independence, and the Civil War in Ireland, the trade war with Great Britain and, finally, the Second World War ended the “golden age” of Irish alcoholic beverages. The once thriving industry was ruined by 1945. The state of the Irish whiskey market was poor. Many distilleries were closed. For those Irish distillers who were still afloat, the future was dim.

A difficult situation after the 1945 was aggravated even more by competition with Scottish producers. The surviving major Irish companies - the John of Jameson & Son, the John Power & Son and Cork Distilleries Company - decided to unite in 1966 into in a collaboration union called Irish Distillers Limited.

In 1972 it was joined by Bushmills, whereupon Irish Distillers Ltd began to control 100% of the Irish whiskey market. It was only in 1989 when a new independent player appeared on the market (John Teeling and Cooley distillery), and a little later, the competitors bought the famous Irish whiskey brands -Tullamore D.E.W (1994), Bushmills (2005) and Paddy (2016).

In 1975, new factory equipped with the latest technology appeared in the town of Middleton (County Cork in Southern Ireland) next to the old distillery. It was called Middleton Distillery and its creation cost  £9 million to the Irish Distillers Ltd. In the same year, the production of whiskey in Middleton was moved from the old distillery to a new one. And in 1976, the production of Jameson whiskey and Powers whiskey created by John Power&Son moved from Dublin to the new Middleton Distillery. 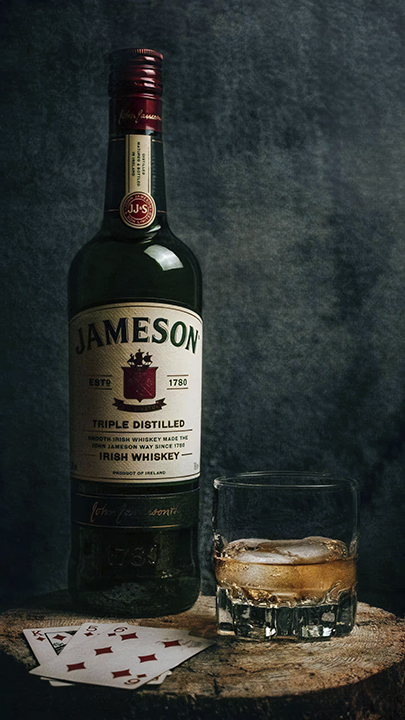 The Irish Distillers Ltd. fought for their place in the sun with all their might, until in 1988 they decided to “go under the wing” of Pernod Ricard, the French producer and distributor of alcoholic beverages.  The continent- based alcohol giant literally breathed new life into legendary Irish whiskey brands with excellent marketing and distribution throughout the world. Jameson was especially lucky here.

The fact was that the name of the flagship brand – “Powers” turned out to be completely unpronounceable for the new owners. Therefore, Pernod Ricard decided to promote the Jameson whiskey brand on the world market, which was easier to be pronounced correctly for the French.

And it was a lucky bet, you know! According to thespiritsbusiness.com, Jameson became the third best-selling whiskey brand in the world in 2019, second only to American titans like Jack Daniel's and Jim Beam.