Saint Patrick. Man, Baptist and Hero of the day 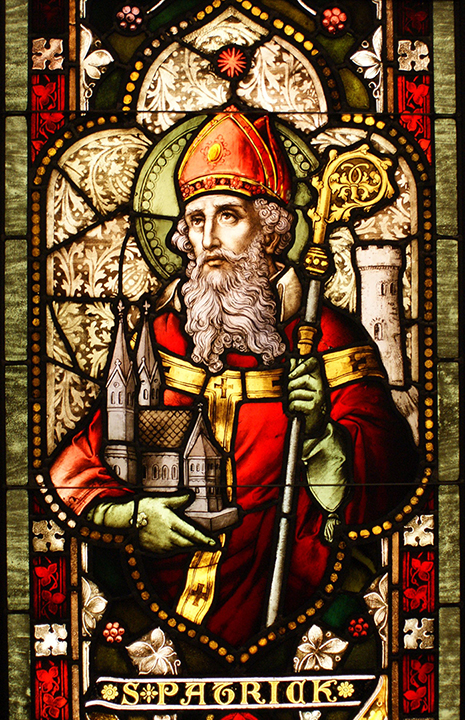 Almost everyone has heard about St. Patrick's Day. Not everyone remembers when it is supposed to be celebrated, though. But the very fact of the existence of this holiday is undoubtedly known to everyone who is able to raise a pint. At the same time, there are not so many people outside Ireland who know exactly who that Patrick was.

Let's correct this mistake on the Eve of Saint You-know-who’s Day.

Patrick is a son of a deacon, but that's not certain

So, every year on March 17, millions of people around the world celebrate St. Patrick's Day, the patron saint of Ireland. But the more time passes and the deeper we try to look into the story of this legendary person, the more we understand how little we really know about Patrick.

Despite a bunch of books dedicated to Patrick, not only a consistent description of the saint's life is still missing, but even his dates of birth and death are not defined properly. And that is despite of at least two hagiographies of Patrick known and, of course, his own “Confession”. Moreover, although Saint Patrick undoubtedly became the apostle of Ireland and its most revered saint, he could not be formally considered either the only or even the earliest propagator of Christianity on the Isle of Saints, as Ireland is historically referred to.

The first bishop “for the Irish believers in Christ” was Palladius, a Gallo-Roman appointed by Pope Celestine in 431. Although Ireland was never a part of the Roman Empire, Christians already lived there from the end of the 4th century. Those were both descendants of merchants and prisoners of Romano-British origin and former pagan Irish who adopted a new faith. At that time, in the late 4 AD - early 5 AD, pirates from among the Irish and Picts raided the shores of Britain and Wales, where they took many prisoners, one of whom was our Patrick. Yes, yes, the most important Irish saint was not an Irishman, but, in modern terms, a Welsh immigrant who learned Irish language.

Patrick was born in the village of Bannavem Taburni which was most likely situated in North Wales on the west coast of Britain. In the 390s, Roman troops abandoned the province, leaving Britain with the coup d'état ruler Maximus. Eventually it were pirates who became the masters of the coast.

Patrick, the son of the deacon (and possibly a Roman tax collector) Calpurnius was taken into slavery before he turned sixteen. The future saint spent the next six years in Ireland. All that time he prayed and one day he heard a voice of an angel. He followed the angel’s call and fled on a ship with pagan sailors back to Britain. By the age of thirty, Patrick set off (again at the call of an angel) on a journey through Gaul to Rome to honor the apostolic see. On his way, he met Saint Germanus, the Bishop of Auxerre, and became his disciple. At that moment, Victoricus, Patrick's guardian angel revealed to our hero the secret of his mission in a vision: to bring Christianity to Ireland. 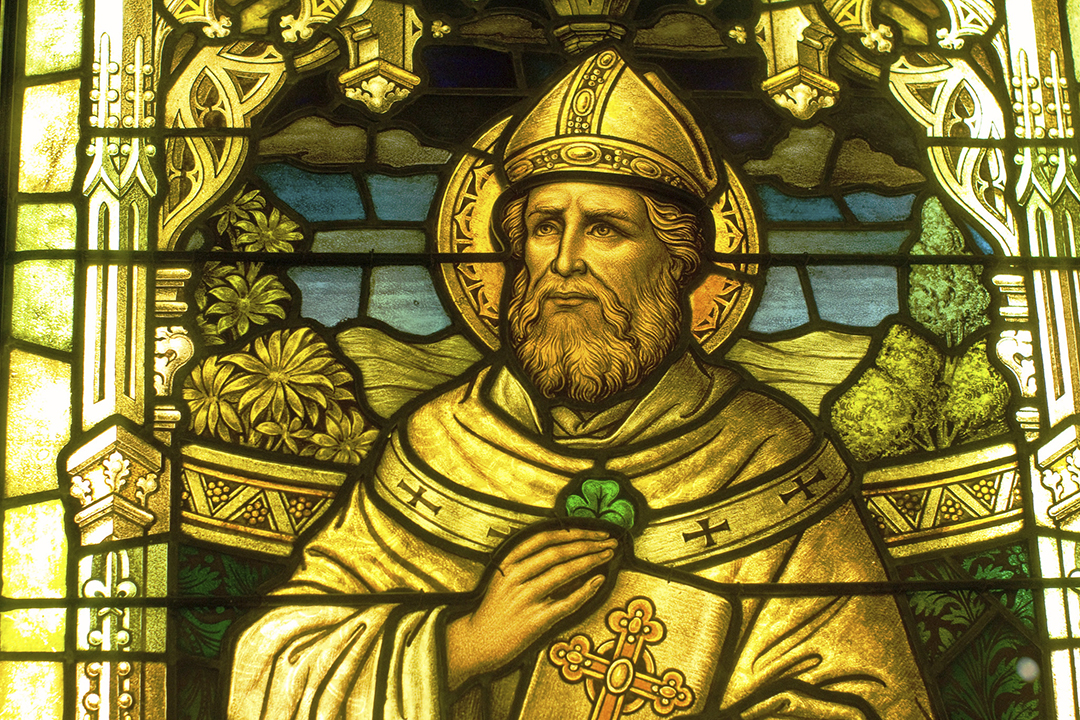 God helps those who help themselves

In the meantime, the first Irish bishop Palladius died, having achieved little success in the Christianization of Ireland. It was not right to leave the Irish without a shepherd, so Patrick set off on a new journey. He was ordained a bishop, and then departed for the Emerald Isle in transit through Britain.

It is important to understand that Patrick was appointed by the British bishops and went to Ireland to preach the faith, albeit at the call of an angel, but without the sanction of the Pope. Because of this, the inviolability of the saint of Ireland was questionable. To get protection, Patrick had to pay a fair amount of money to kings and Bregons legalists. Yes, yes, God helps those who help themselves! At the same time, the saint himself refused to accept gifts.

It is interesting how different the image of Patrick is in hagiographies and in the “Confession”, written by himself. In the hagiographic texts, he is a powerful miracle conjurer, bravely engaging into magical duels with druids and convincing the High King Loígaire to get baptized by the power of revealed miracles. In his “Confession” he humbly and bitterly calls himself “a sinner and an ignoramus”, and the entire success of his mission depends on the strength of Patrick's faith, his gift of persuasion and the help of supporters.

By the way, special attention should be given to the supporters of Saint Patrick, who traveled with him, participated in the Christianization of the country, and founded monasteries. In his work, Patrick relied on young men from noble families, whom he himself paid rewards for help and protection, as well as on the quite tangible help of women who donated their jewelry to the missionary. St. Patrick can be assumed to become not only a spiritual leader but also something like a guiding star for noble but poor young men, as well as for women who were riсh and receptive to sincere sermons. In addition, the new faith became a sort of a new fashion for those who heard about it for the first time. 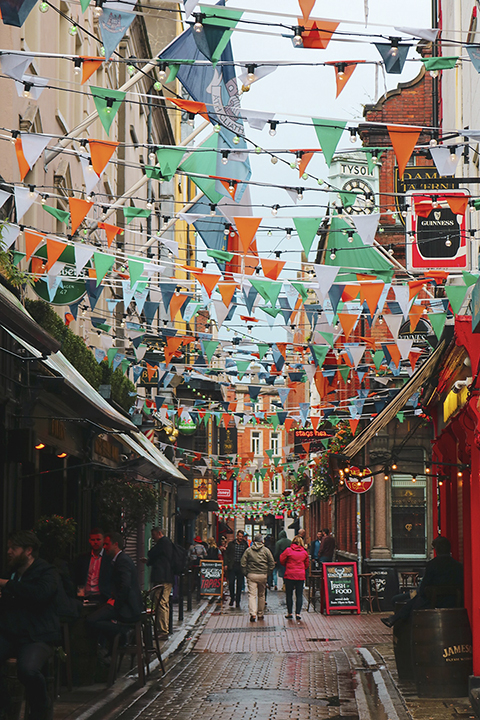 The path of the saint was by no means strewn with roses. Patrick could get both full support and outright rejection from the local kings and warriors. According to the “Confession”, Patrick and his retinue had to even stay in prison for fourteen days before they were released and got their belongings back. Meanwhile, travelers from among the royal children who were members of various tribal unions provided Patrick with the opportunity to preach and safely cross the borders. Gifts from the local nobility also did their job - almost every day the number of Christians in Ireland multiplied.

Yet the strength of faith and the brilliant personal qualities of the former prisoner, who was also a foreigner, cannot explain almost bloodless conversion of a large part of the country to Christianity. A number of historians of Ireland, in our opinion, quite correctly believe that by the time Saint Patrick appeared in Ireland, the military aristocracy was openly looking for ways to end the rule of the druid priests. If it is true, then the appearance of Patrick with his preaching of the new faith could be seen as an unexpected gift by the kings, and at the same time an occasion to find a worthy occupation for the numerous younger sons who could not count on an inheritance. In addition, Patrick actively baptized druids of lower ranks, primarily the filí, privileged poets who also understood the laws and traditions. Thus, the light of the new faith did not destroy the way of life in Irish society.

Thanks to Saint Patrick, Ireland adopted Christianity gradually, naturally and bloodlessly. And this, perhaps, is the main merit of the Irish Saint. The apostle of the Irish, together with his followers, managed to found hundreds of monasteries. In addition, Saint Patrick unwittingly became the founder of local literature, and his “Confession” became the first author's literary work written in Ireland.

With the death of the saint, the confusion associated with his biography did not end. Due to two different dates of the saint's death (in 457 or 492), a concept appeared first in medieval texts, and then in scientific literature that Saint Patrick had been two (or even three!) different people. We will not plunge into disputes over this concept. It is noteworthy though that at some point people agreed to consider March 17 as the day of remembrance of St. Patrick, and this day is now celebrated all over the world as a festival of Irish culture. And that is one more thing to praise Saint Patrick for. 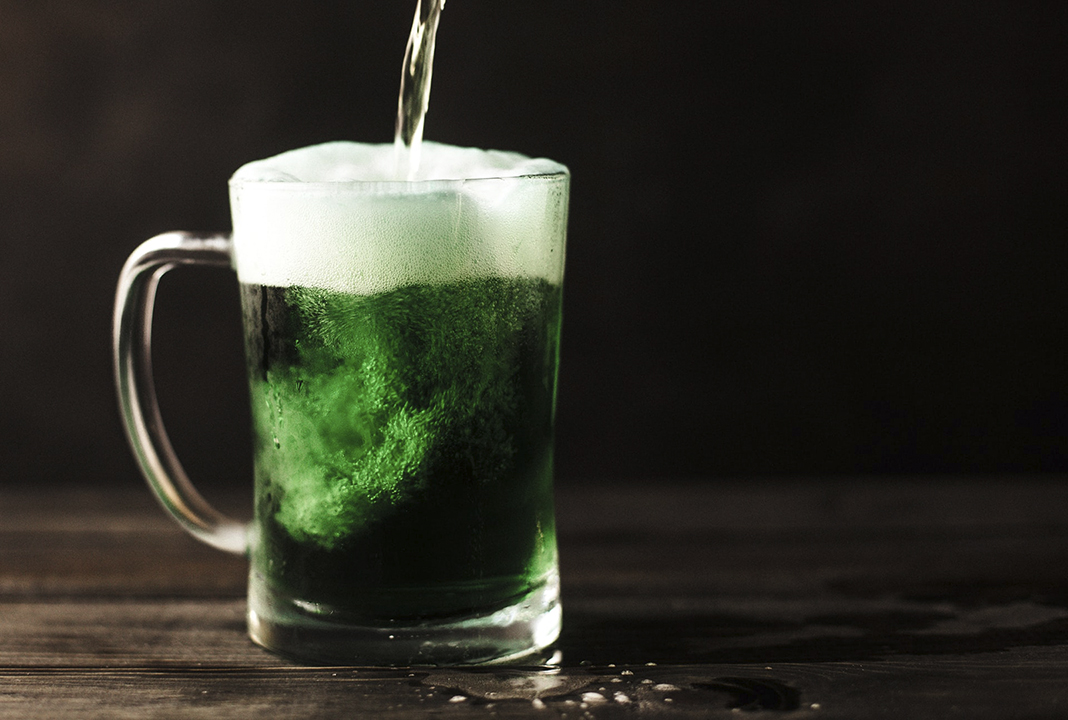 The correct answer is: of course not!

This year, St. Patrick's Day turned out to be pretty spoiled by the notorious coronavirus pandemic, due to which many traditional festive events will be held in a truncated format. Parades dedicated to the patron saint of the Emerald Isle have been canceled almost all over the planet. Even the shortest parade in the Irish village of Dripsey, which is traditionally only 90 meters long, from one pub to another, was banned.

But can a virus prevent us from dressing in green on March 17? Or putting a leaf of clover at the bottom of a glass of whiskey to then solemnly “drain the shamrock”? Or having fun with friends and having a pint or two of ale where it's allowed, or at least via a video conference? Can it prevent us from enjoying an Irish meat stew, an Irish apple pie, or ending the holiday meal with a good Irish coffee at home?

The correct answer is: of course not!