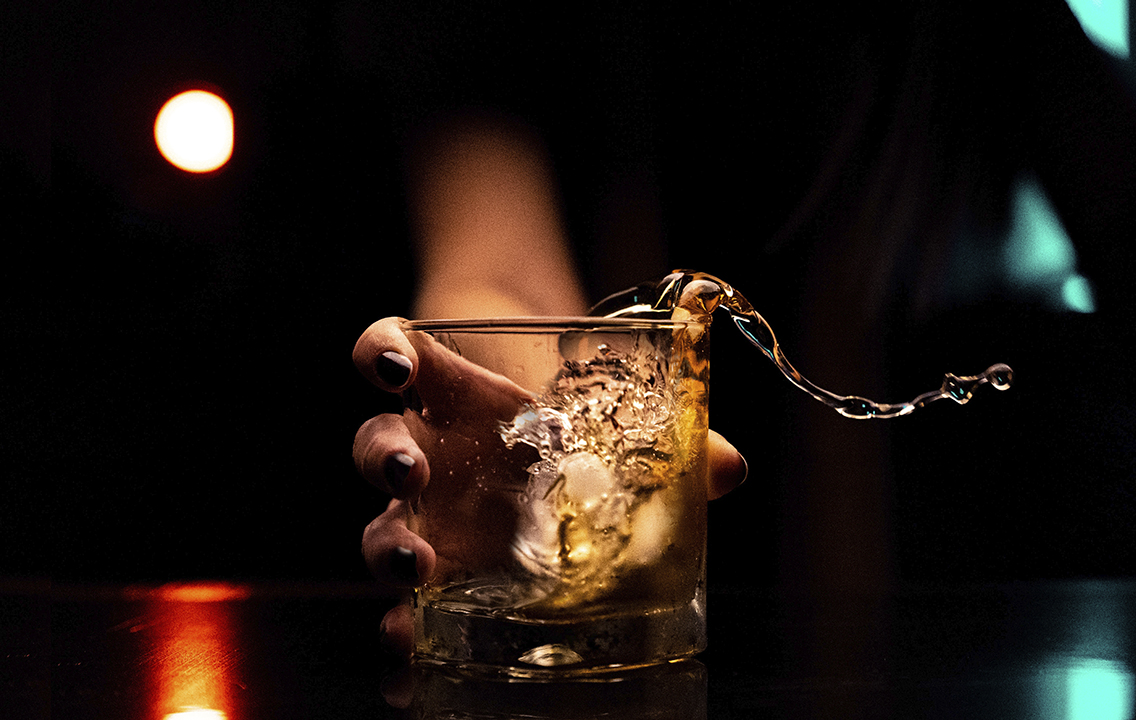 In the previous part of our series “Whiskey for Beginners”, we took a close look at the typologies of Scotch and Irish whiskey. Now let's see how things are going with the typology and styles of whiskey in the other corners of the Earth.
So, the second stage is the New World and not only that.

Okay, of course it's whiskey!

Naturally, emigrants from Ireland and Scotland played a big role in the history of American whiskey. At the same time, the climate, grains and market, which was different from the European one, gave rise to significant differences between the American regulation of production and that of in the Old World.
Requirements needed to comply with for strong alcoholic drinks in the States to be called whiskey are not so stringent. Is it distilled to max 95%vol, stored in oak containers, bottled while at least 40%vol? Okay, of course it's whiskey!
Before the COVID-19 crisis, there were about 3,500 distilleries in the United States. However, such a simplified American interpretation of the “whiskey” concept is somewhat offset by the special American concept of straight.

Straight Whiskey is a whiskey that must be aged in new charred oak casks for at least two years and cannot contain additives, such as the caramel coloring that is often used by the elder European “brothers” of American distillers. The straight standard also assumes that the whiskey was distilled to no higher than 80%vol, and was max 62.5%vol. when it was poured into casks. 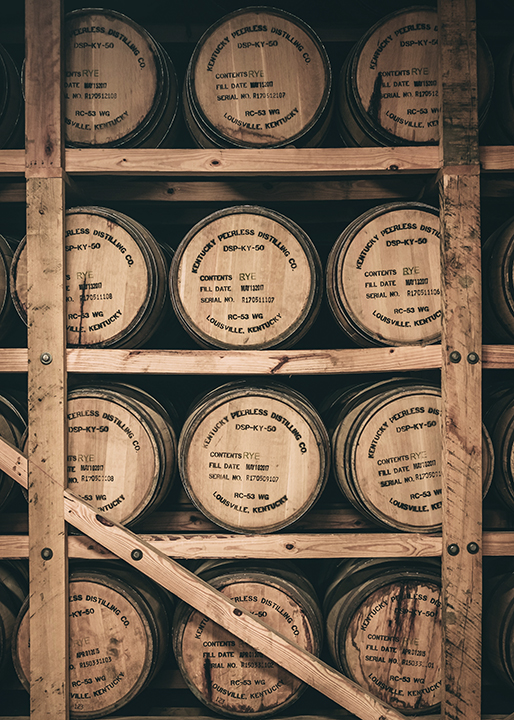 There are a few other things to keep in mind with American whiskey regulations.

The inscription on the bottle of American whiskey “Bottled in bond” guarantees that this alcoholic drink is 50%vol. strong and that all the spirits that got into the bottle were made during one and the same season, by one and the same craftsman, and the whiskey itself was aged for at least four years.

There is also “Light whiskey”. This name has nothing to do with bottle strength. Rather, on the contrary, light whiskey is closer to corn vodka, where there is enough alcohol in the mixture to make 20% Straight Whiskey , and maturing takes place in used or uncharred casks, or even does not take place at all.

There is also just a mix of neutral spirits, in which there is 5 or more percent of whiskey. The Americans came up with the phrase “Spirit whiskey” for such a “blend”.

In addition, you can find the phrases “sour mash” and “sweet mash” in American whiskey law. They indicate the fact that distillers use yeast from the previous mash in a new one (sour mash), or there is exclusively new yeast used each time (sweet mash). The vast majority of manufacturers use sour mash.

As you might remember from the first part of our educational program, in Scotland they spell the name of the beverage as “whisky”, while it is “whiskey” in Ireland. In the 19th century, Irish whiskey was considered to be of higher quality than Scottish. Again, most American distilleries are historically associated with the activities of Irish expatriates. Therefore, they drink mostly “whiskey” in the United States. But immigrants from Scotland were also present in the USA, which led to the emergence of “whisky” in the States. In particular, this is the spelling of the name of the drink that is present on Maker's Mark, George Dickel and Old Forester.

Whisky of the Land of the Rising Sun

Japanese whisky is almost identical to Scotch. It appeared thanks to Shinjiro Torii and Masataka Taketsuru, when the former hired the latter to bring the technology for the production of whisky from Scotland. Taketsuru succeeded with the task set to him, which led to the creation of the Suntory whisky company. Later, Taketsuru founded his own whisky company named Nikka.

These two companies are still the main players in the Japanese whisky market. Suntory and Nikka fiercely compete with each other, which means, unlike the distillers of Scotland and Ireland, they do not sell spirits to each other. On the one hand, this seriously reduced the range of blended whiskies in Japan. On the other hand, the emphasized independence of Japanese titans allowed Nikka to create quite interesting styles – Coffey Malt and Coffey Grain. 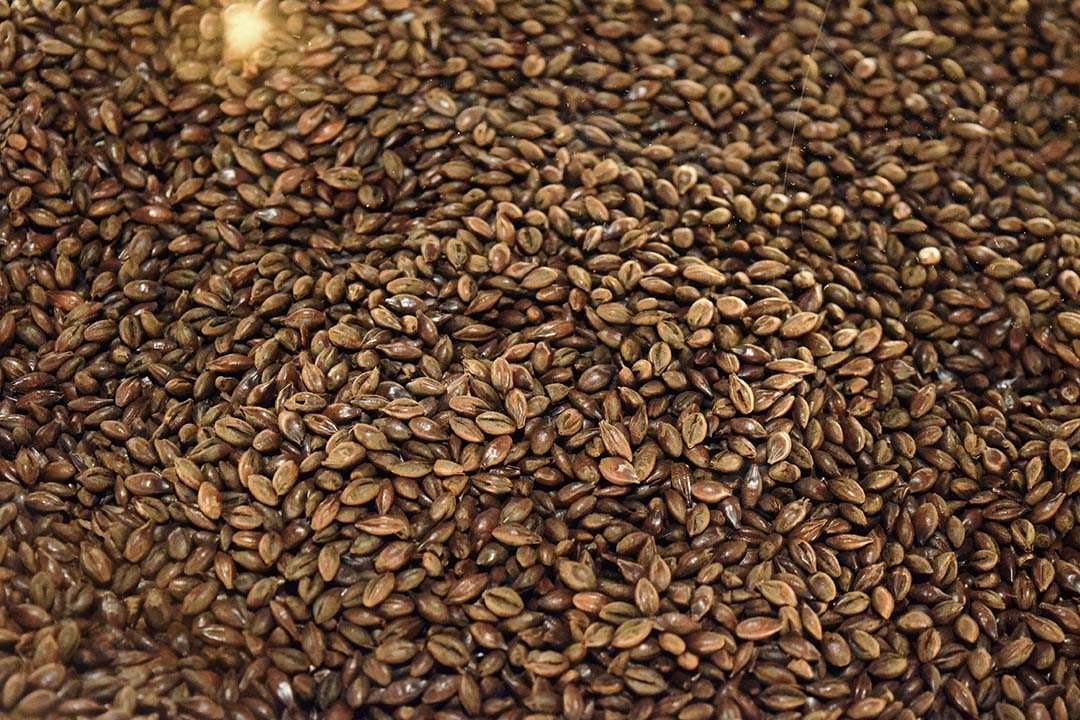 In this case, we are talking about grain and malt whisky made in columns of Coffey Still. That is, not on copper onion-shaped spirit stills, like Single Malt, and not on modern stainless steel columns, but on their progenitor – the old copper distillation Coffey Still columns, named after their Irish inventor Aeneas Coffey.

Cask Strength and other label secrets

Labeling the types and styles of whiskey can tell a lot to an understanding person. But, in addition to these inscriptions, you can find many more useful inscriptions on the labels. Let’s learn some of them as a bonus.

“Cask Strength”. The inscription means that the whiskey was not diluted with water after maturing in casks. This drink is very much appreciated by connoisseurs, because it fully preserves the richness of taste that the whiskey gained during all stages of its production.

"Non Chill Filtered". The thing is that there appears some sediment when whiskey up to 46%vol is subject to cooling. An unsophisticated mass user perceives this as a fail, and it forces manufacturers to cold-filter many brands of whiskey. But there are also whiskey connoisseurs who are not afraid of the possibility of sediment appearing in whiskey during cooling! It is for such buyers that distillers produce whiskey without cold filtration labeled with “Non Chill Filtered”, emphasizing that no elements affecting the richness of the taste and aroma of the drink have been removed.

“Natural Color” means whiskey has its natural color. If for American drinks it is enough to indicate “straight”, then it may require a specially written “Natural Color” in other countries to emphasize the absence of caramel coloring. This dye does not affect the taste and aroma. At the same time, the absence of dye allows connoisseurs to appreciate the original color of the whiskey. 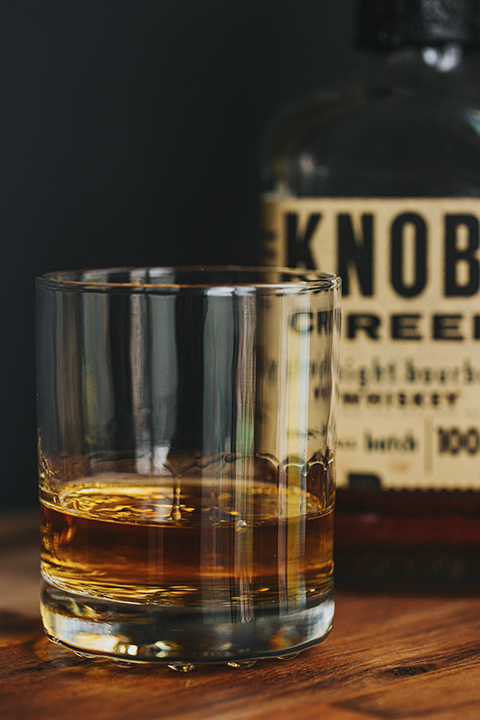 “Single Cask” means whiskey from one cask. These are the smallest one-cask limited editions. Typically such whiskeys are labeled with the cask number and bottle number. Whiskeys labeled “Single Cask” are bottled for selected clubs, bars, pubs or restaurants, or collectors.

“Batch #”. Similar in meaning to “Limited Edition”, but usually refers to regular releases. For example, the Aberlour distillery has a wonderful cask-aged whiskey matured in sherry casks - A'bunadh. This whiskey has been produced for many years. But since the casks are different, the strength is different as well, with the taste and the aroma changing too. Thus, each new release indicates the batch number.

You can consolidate your knowledge and taste different varieties of whiskey from different countries at the Trinity Irish Bar Vienna at Rilkeplatz 3. Read other articles in our blog and continue your acquaintance with the world of whiskey!